“This is Bitcoin” – An Event Series in Santa Monica

What is bitcoin?  That was the big question yesterday as droves of curious entrepreneurs and tech financial geeks filled the seats of the lobby at General Assembly last night.

“This is Bitcoin” is a four part event series hosted by General Assembly LA and moderated by technology journalist, Amanda Coolong. 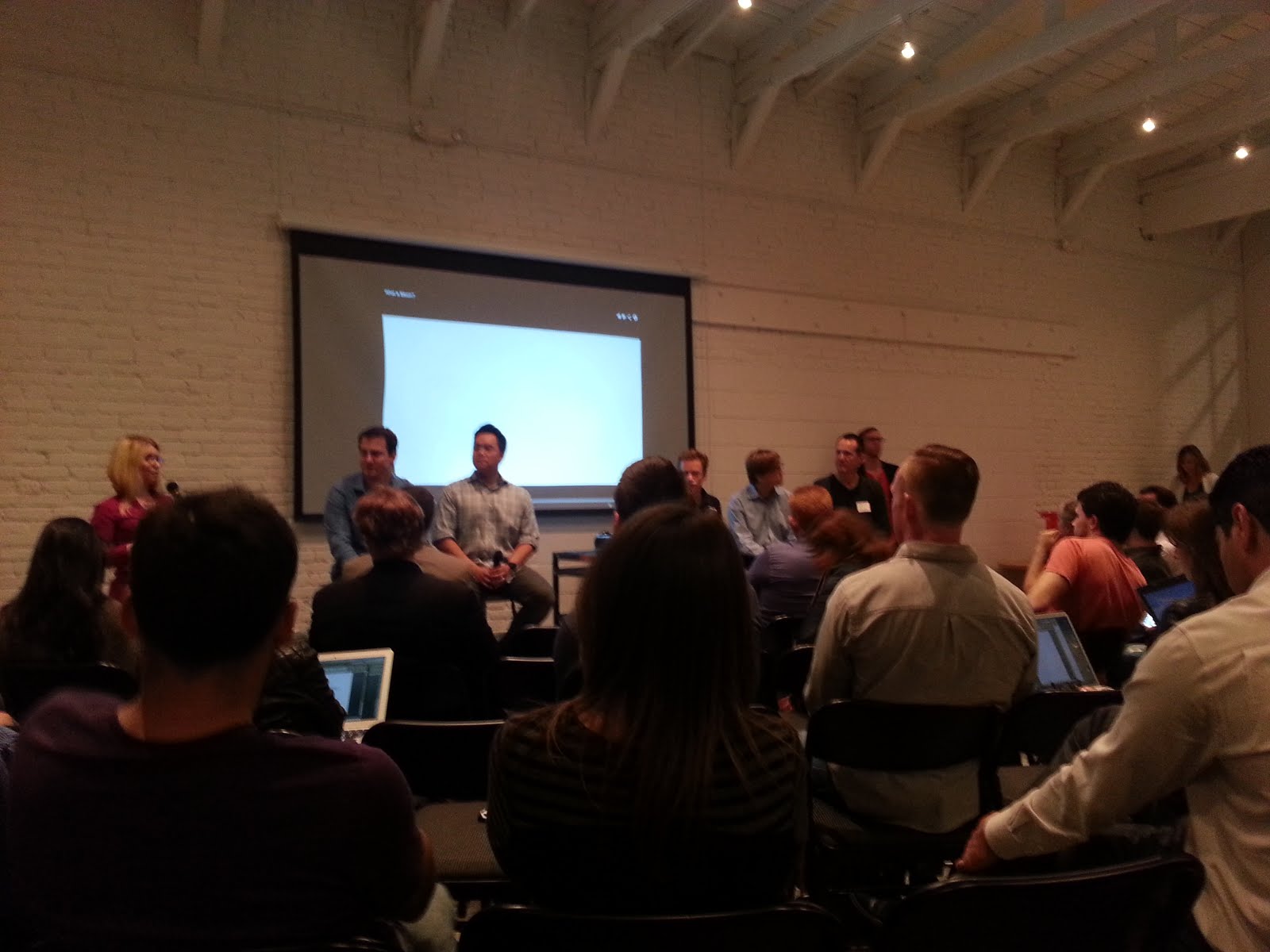 So what exactly is bitcoin?  This answer actually had several answers and even the capitalization of the word changed the answer.

Bitcoin with the small b is a form of cryptocurrency.  “It’s gold for the internet.”

Bitcoin with the big B is the protocol.  “What email did for communications, Bitcoin did for money.”

One example of the protocol was a pool of contributed code where it could automatically be prompted to provide payment in bitcoin to contributing members.

While the origins were not something that were discussed in depth in the meeting, it was concluded that both forms of the original bitcoin were created by a person or group known as Satoshi Nakamoto. The amount of bitcoin available is said to be capped.

Many grey areas still exist in this world as regulation is still confusing since it has not been completely decided if bitcoin is a “currency” or “commodity.”  The infrastructure for its regulation is still being built. Nonetheless this does not mean that you can do whatever you want.  There are currently major indictments going on revolving around money laundering felonies and bitcoin.  Anyone interested in cryptocurrency should educate themselves and hire legal assistance before doing business with anyone else’s money.

Users were also warned to beware of security holes within the currency.  Your money is only as safe as the device you keep it on.  Users can take advantage of having their unique key placed on a paper wallet for added security if desired.  However just like a normal wallet, attendees were encouraged only to carry what they were confident they could lose if their electronic device was compromised. 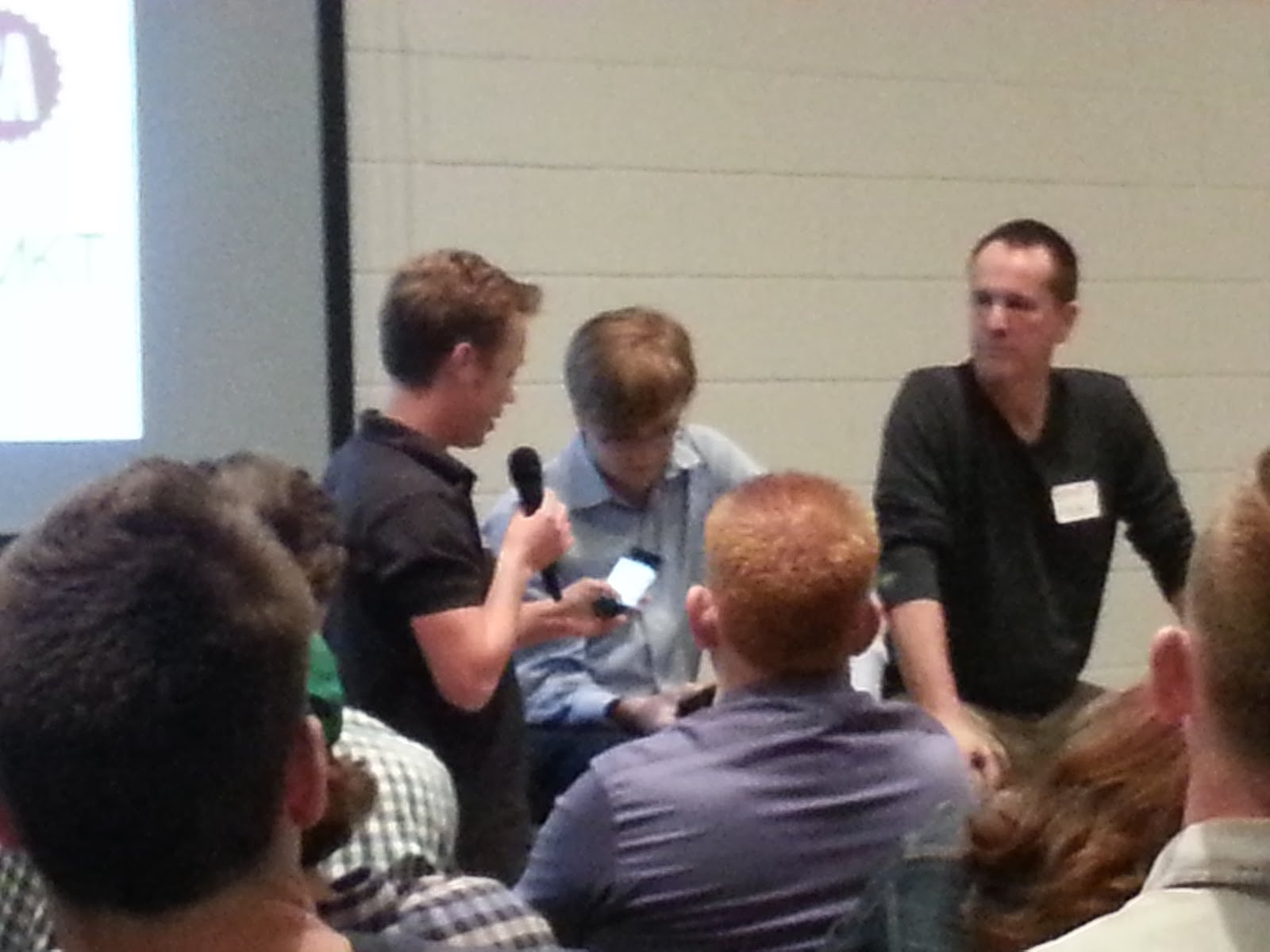 The transfer of cryptocurrency funds is very simple.  The panel showed an example of a transfer of funds done on two cell phones with a simple QR code.  Within seconds the funds were transferred.  This could be done at any hour of the day, anywhere in the world, without having to enter a bank.

Afterwards an avid bitcoin miner showed me how the transfer process was done with a paper wallet.  The transfer was very similar to the digital format with a paper with a QR code and a mobile device to scan and transfer the funds.  At the end of the demo, the attendee informed me that the paper wallet needed to be destroyed afterwards because if not, someone who accessed that could possibly steal bitcoin with it.

Bitcoin is still in its infancy.  The panel referred to it being at the age of the internet in 1991 but said that it was evolving fast.  Ands while there are several merchants that will happily sell via bitcoin, it is still years away from it becoming a mainstream currency.

Merchants are encouraged to start accepting bitcoin or other forms of cryptocurrency as the addition of this element will bring community evangelism with it.  Bitcoin and its other cousins like Dogecoin have major communities within them… which can be great for business if nurtured correctly.

After the panel people were encouraged to network and discuss what they had learned.  Many, like myself, were still a bit lost.  Mining and other key elements were not discussed in depth yet.

Nonetheless no attendee left empty handed.  Pieces of Dogecoin were distributed so that everyone could go home and have some currency to play with.

For more information about bitcoin, stay tuned for the other panels coming up brought to you by Amanda Coolong and the team at Bitropolis.  There’s still a lot to learn and they will happily guide you the way.